As a DP, I get asked all the time about lighting stages. There’s a plethora of tutorials on lighting white cycs and green screen, so I wanted to take those basic concepts and give a real-world example of that same style of lighting as applied to a fitness set. In fitness, you want high-key, soft lighting that’s even throughout a large space. You want little to no shadows, and you also want to be able to have your subject at the same exposure whether standing, sitting, or lying prone on the ground.

This was a pretty large set, 35×18 ft, plus we also had windows in the set that I put some lights through, as well as branding that we put accent lights above.

I know, this looks super complicated. Bear with me, though, and I’ll take you through it pretty simply. We hung the spacelights from a grid above the set (most studios will have a pre-built grid, but in this case my grip team had to build one from scratch). The spacelights were skirted with silk to diffuse the light, with a silk target on the bottom of each as well. All were daylight balanced. The spacelights brought an even exposure to the main action area in the center of the stage, and did so perfectly – that’s why they exist!

Next, we’ve got the front of the stage lined with Image 80s on combo stands, a little above head level and angled a hair downward. Sitting on the ground underneath each of these were the 4-banks. Together, these provided exposure from the front on our talent, otherwise when they came forward from the spacelights they’d be backlit. The Image 80s hit our talent’s faces and bodies, while the 4-banks filled in their legs and feet (or their whole bodies when they were prone on the ground).

For the windows built into the set I had three Arri 1K fresnels, one for each of the three large windows. These windows were frosted plexiglass, which worked to heavily diffuse the light and create a pleasing bloom of light on the “glass.” Two Mole Baby LEDs added to this effect with two smaller windows on the back of the set, and they were flown high and stacked on top of two 1Ks.

Finally, we used three Baby LEDs pointed downward to accent the brand’s logo on the wall, and one rigged high to provide a backlight for our main talent.

It was a lot of lights, but necessary to get the high-key look we were going for. Overall, the concept is pretty simple: spacelights to fill the large workout area in the center, Image 80s and Kino 4-banks to fill in talent from the front, and then some accent lights around the perimeter. You can scale this up or down; in a small enough space with one talent you can just use soft front light (and maybe a hair light) and don’t need spacelights overhead. In your own work, feel free to also change out for different fixtures: Image 80s can be subbed for Skypanel S-360s, Celeb 450Qs, or any sort of large, soft source. Make it yours!

This site uses Akismet to reduce spam. Learn how your comment data is processed.

Working With a Colorist 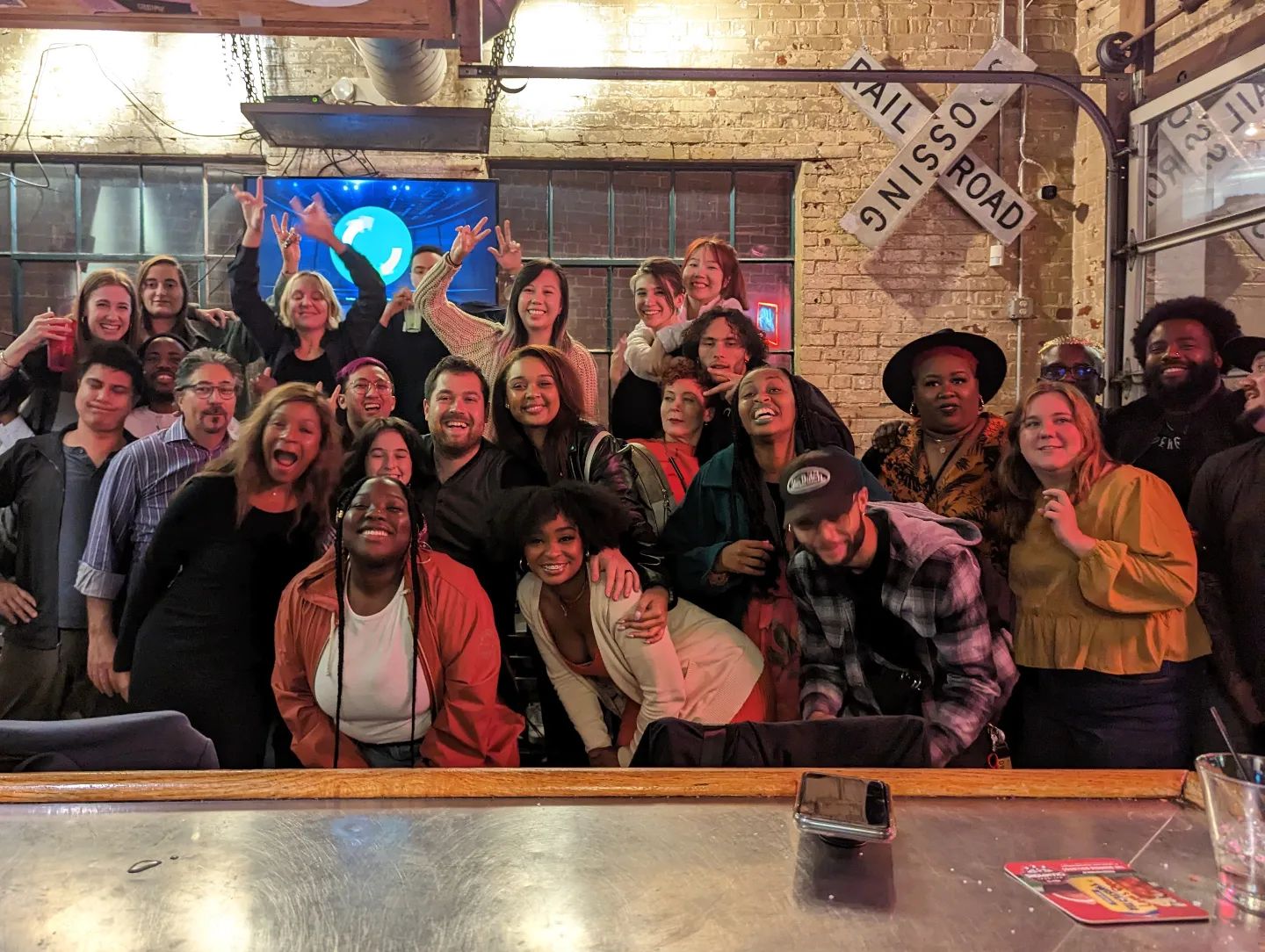 shane.shoots
•
Follow
Big thank you to the best cast and crew out there for pulling off our live Twitch show 5GRV S1 @gamersontheroad. Everyone put in their all to make this show amazing. Live production is hard. Special shout outs to my right hand, PM @_paige_louise_, the DP homie @themerlinshow, and my Co-EP partner in crime @louisbrownofficial. You all made my first Co-EP credit a great time.
View on Instagram |
1/14 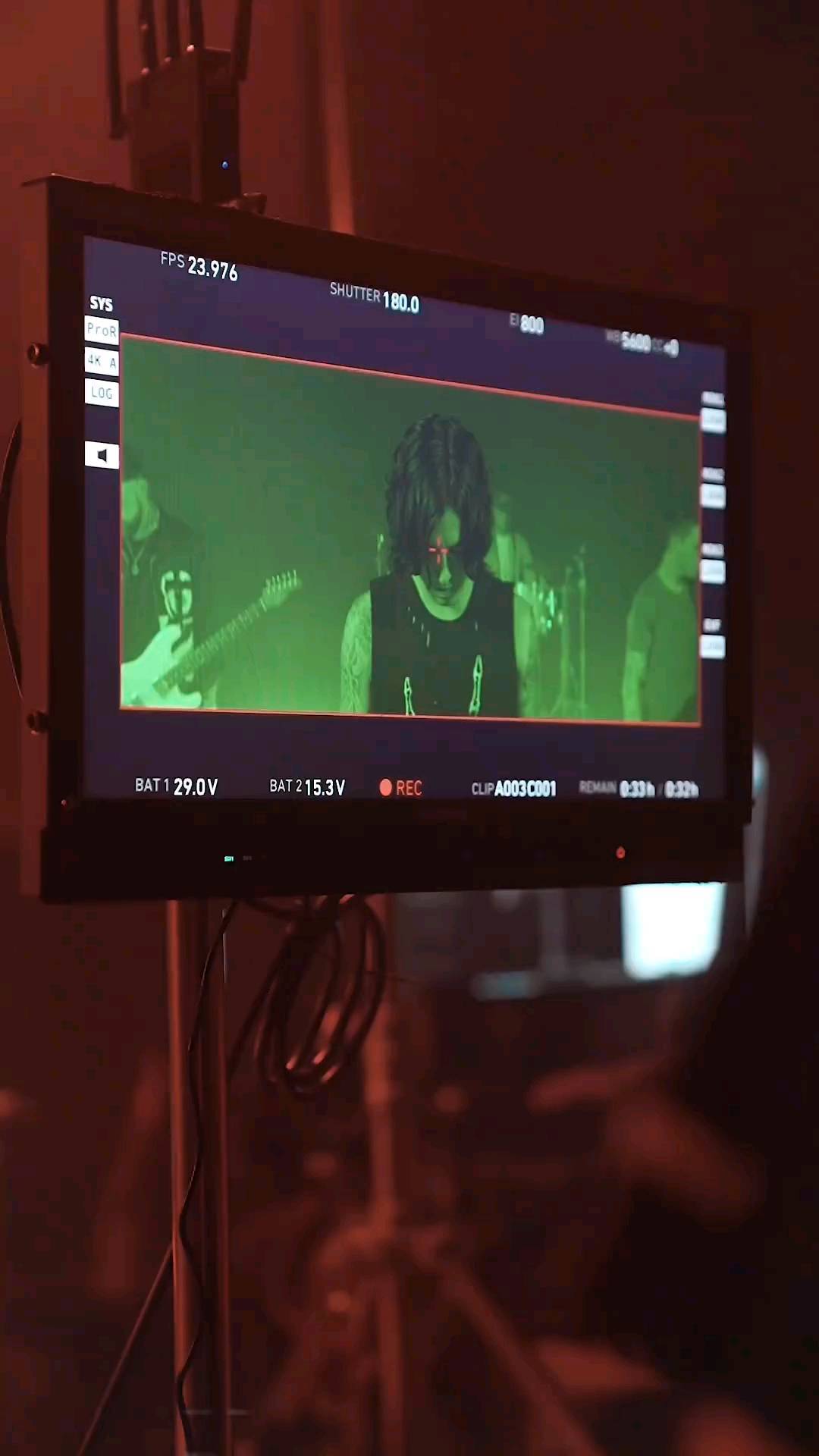 shane.shoots
•
Follow
BTS from the @sleepingwithsirens "Complete Collapse" - featuring @themerlinshow on steadi at the top!
View on Instagram |
3/14

shane.shoots
•
Follow
One more @sleepingwithsirens video! We shot a *lot* for this video, from the pizza man running down the hallway, to an Alice in Wonderland room, to throwing a prisim in front of basically the entire performance - it was a blast! Thanks as always to the team for putting up with me and KILLING it. Director/Producer: Brian Cox Addt'l Director: @jenaserbu DP: 💁‍♂️ Prod Manager: @blevfilm_la 1st AD: @jamesrwhiatt B-Cam/Steadi: @themerlinshow 1st AC: @lynnmillspaugh 2nd AC: @melissalynne_ Gaffer: @celluloid_kurt Key Grip: @cruelsmusic G&E Swing: @maxgoldberg PD: @emily_palmer8 Set Dressers: Mark Dahl, Scott Schiefer
View on Instagram |
4/14 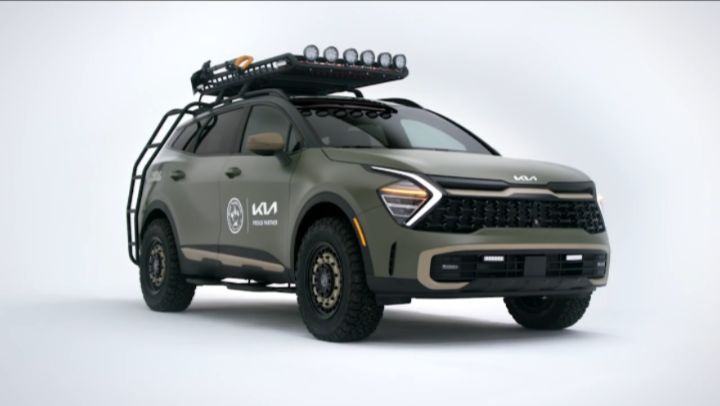 shane.shoots
•
Follow
New work for Kia! This was a tough one. One day in LA, then the rest on South Padre Island in Texas. In TX it was all brutal exteriors during 100 degree days, plus we had to shut down early with positive COVID tests. Still managed to get it all done ✌️ Agency: David&Goliath Agency: Innocean Prod Co: Spinach
View on Instagram |
5/14 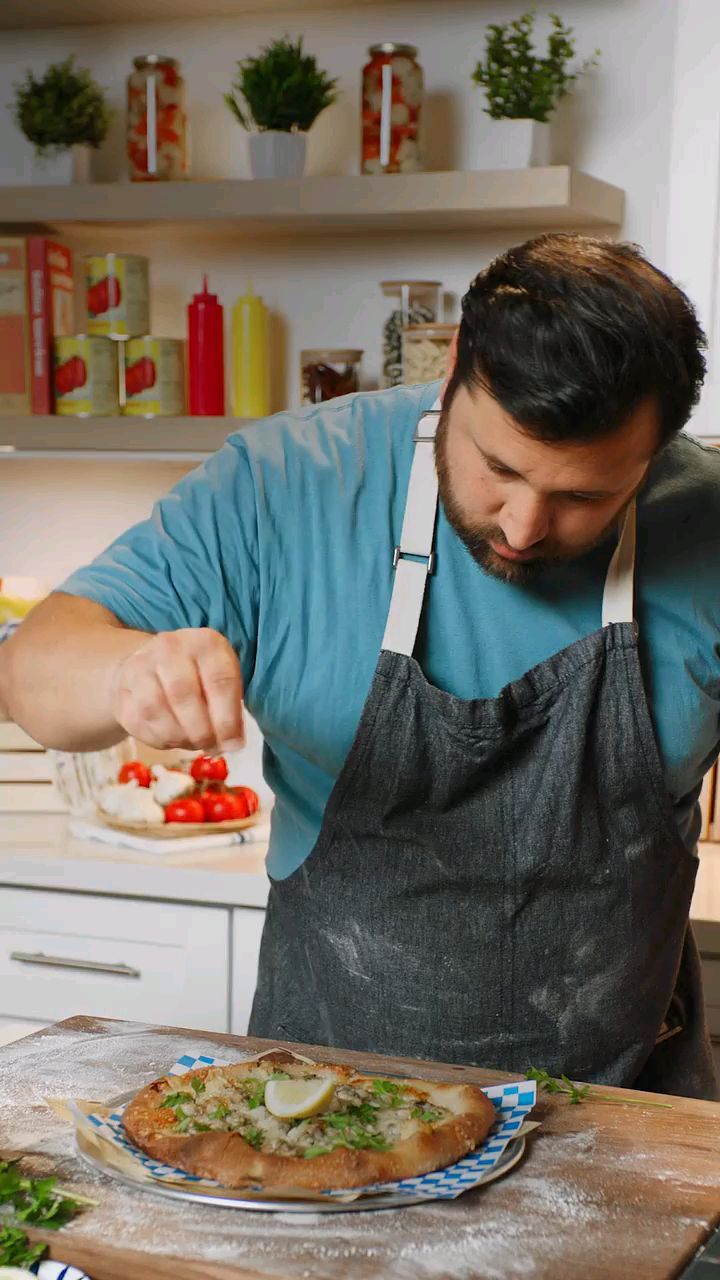 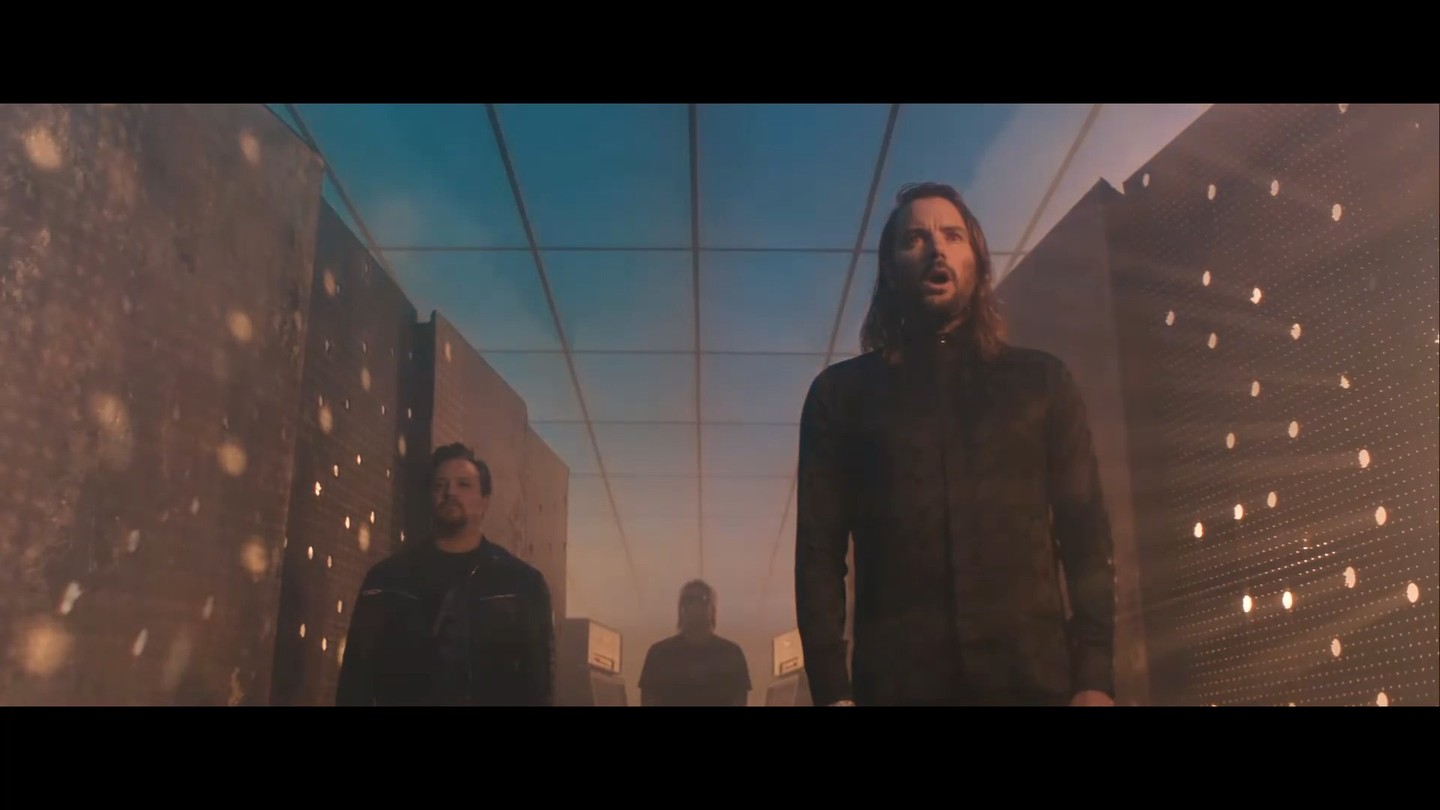 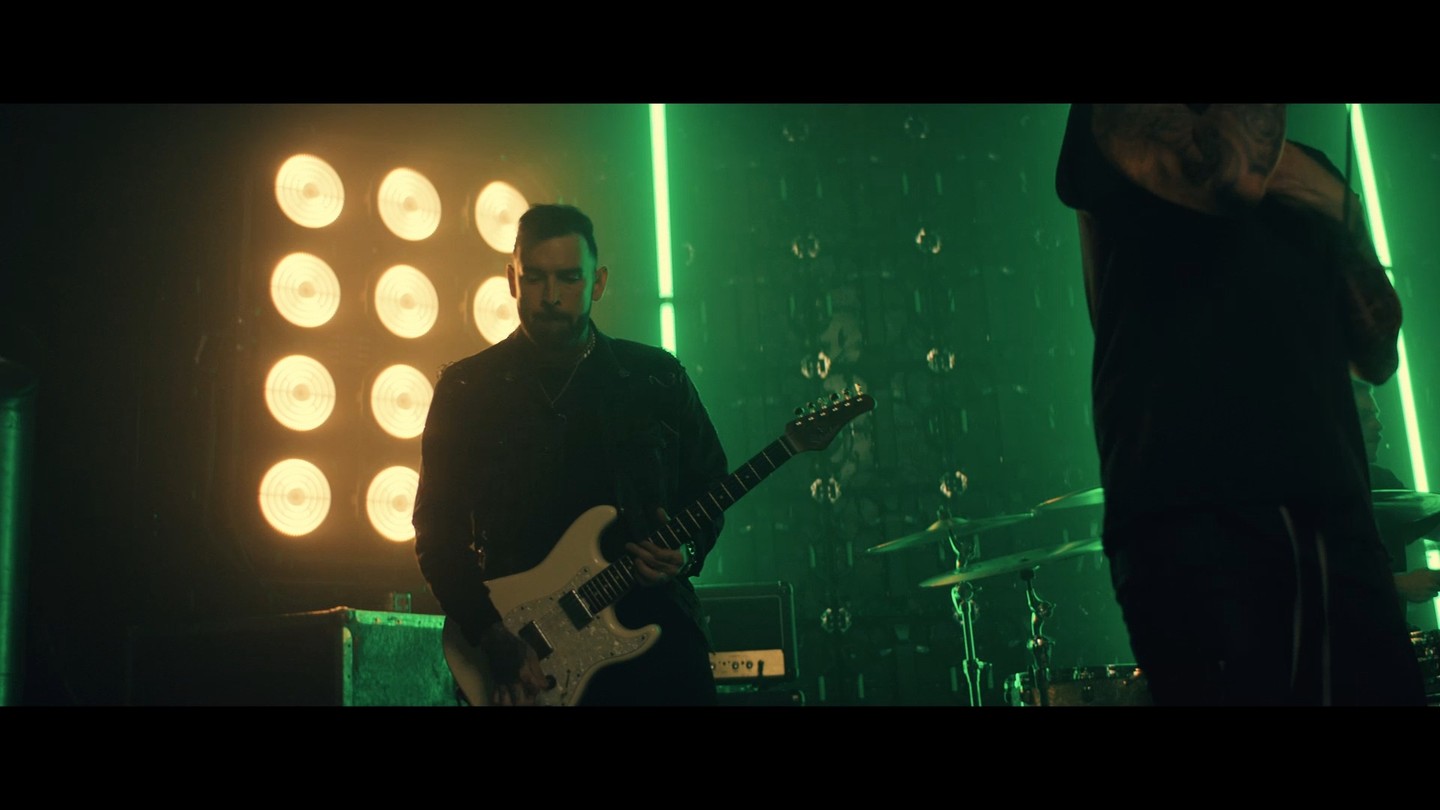 shane.shoots
•
Follow
It's rare that you get to shoot a music video for a band you actually listen to. I'm lucky enough that I got to shoot TWO videos for @sleepingwithsirens! Our director wanted this to feel lo-fi and homemade for our "open mic night" setups, and then big and well produced for the main performance. He kept telling me to make the lighting worse for the open mic night 😂. Ended up shooting that stuff with just a C300 MkII on autofocus (!!) with the performance on an Alexa SXT with @atlaslensco anamorphics. Director/Producer: Brian Cox Addt'l Director: Jenna Serbu DP: 💁‍♂️ Prod Manager: @blevfilm_la 1st AD: @jamesrwhiatt B-Cam Op: @codyryanpilkington 1st AC: @mikescottjustin 2nd AC: @melissalynne_ Gaffer: @celluloid_kurt Key Grip: Dominic Butts G&E Swing: Gio Guisti PD: @emily_palmer8 Set Dressers: Mark Dahl, Scott Schiefer
View on Instagram |
8/14 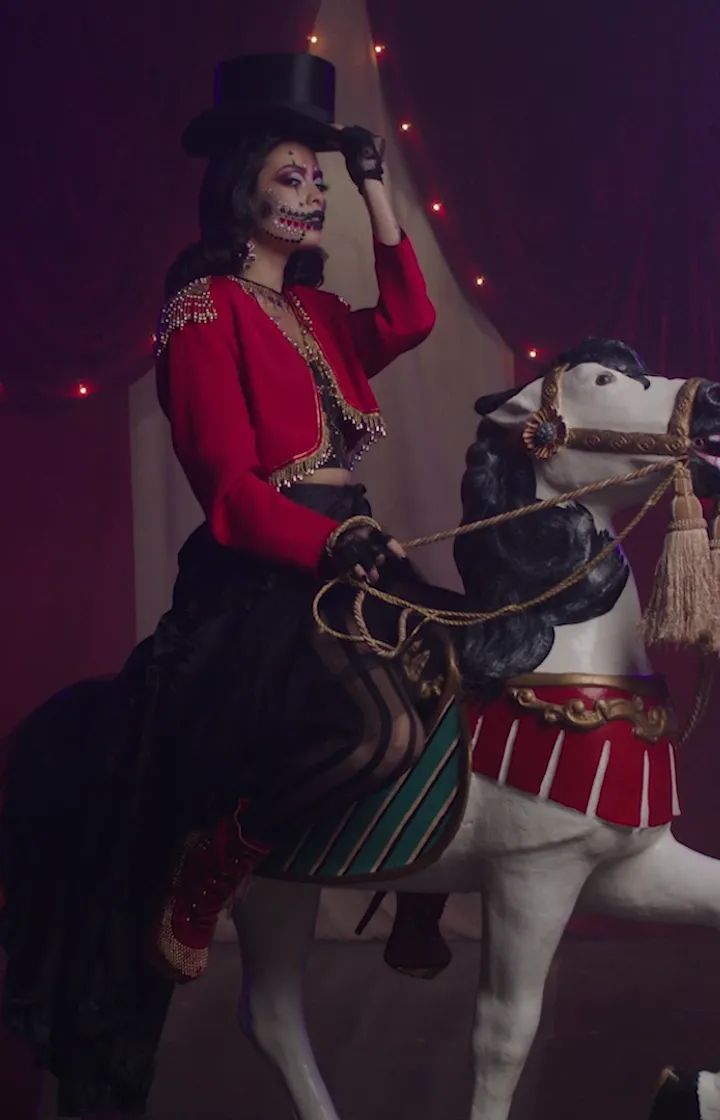 shane.shoots
•
Follow
NEW REEL ALERT // It's been a long time coming, but I finally created a new reel from the ground up. For years I just kept the same music and cut points, only switching out projects as they got stale. It's gotten to the point that the whole reel was stale, and at the advice of @codyebbeler I went about creating a new one from scratch. I hope you like it. I hate picking out new music. #dp #dop #directorofphotography #cinematographer #cine #cinema #onset #setlife #filmlife #filmgrind #filmset #film #bts #behindthescenes #camera #cameraop #sony #sonyvenice #arri #arrialexa #ultraprimes #cinegear #filmgear #video #easyrig #demoreel #featurefilm #narrative #commercial #signatureprimes
View on Instagram |
9/14 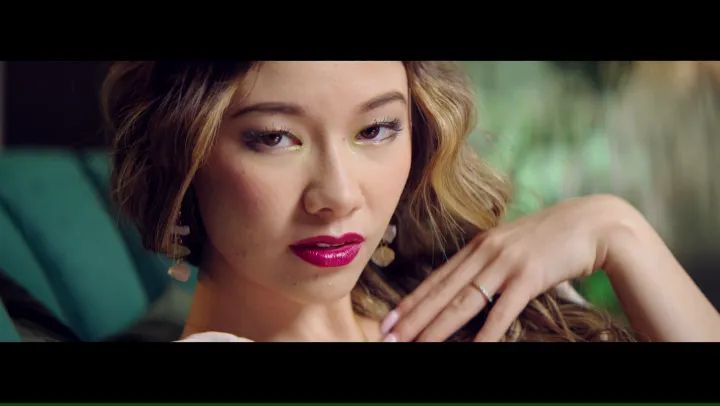 shane.shoots
•
Follow
Today's the day! Proud of @jazzynicolecollins and all her work in launching @treeswiftjewelry - a new DTC jewelry company. It's been months of work leading up to this launch, and I'm excited to share this brand with the world. I got to go a little out of my comfort zone and shot all the stills for the website, product shots and all that, but for the brand film @codyebbeler came onboard and we got to do our thing 😎 Models: @imanibaptiste @ezfitness.la @mayamavlonazarova EP: @jazzynicolecollins Director: @codyebbeler DP: 💁‍♂️ 1st AC: @salmon__belly Gaffer: @ihavedoubleshadows Key Grip: @itzbocaj MUA: @thelastsinclairmua Casting: @soulsticecasting Production: New Sponge Media Camera package from Heindl Cinema @dustinheindl #dp #dop #directorofphotography #cinematographer #cine #cinema #commercial #setlife #filmlife #filmgrind #filmset #film #blackowned #womenowned #camera #cameraop #sony #sonyvenice #anamorphic #oconnor #danadolly #cinegear #filmgear #video #easyrig #cameraporn #teradek #smallhd #tilta #nucleusm
View on Instagram |
10/14 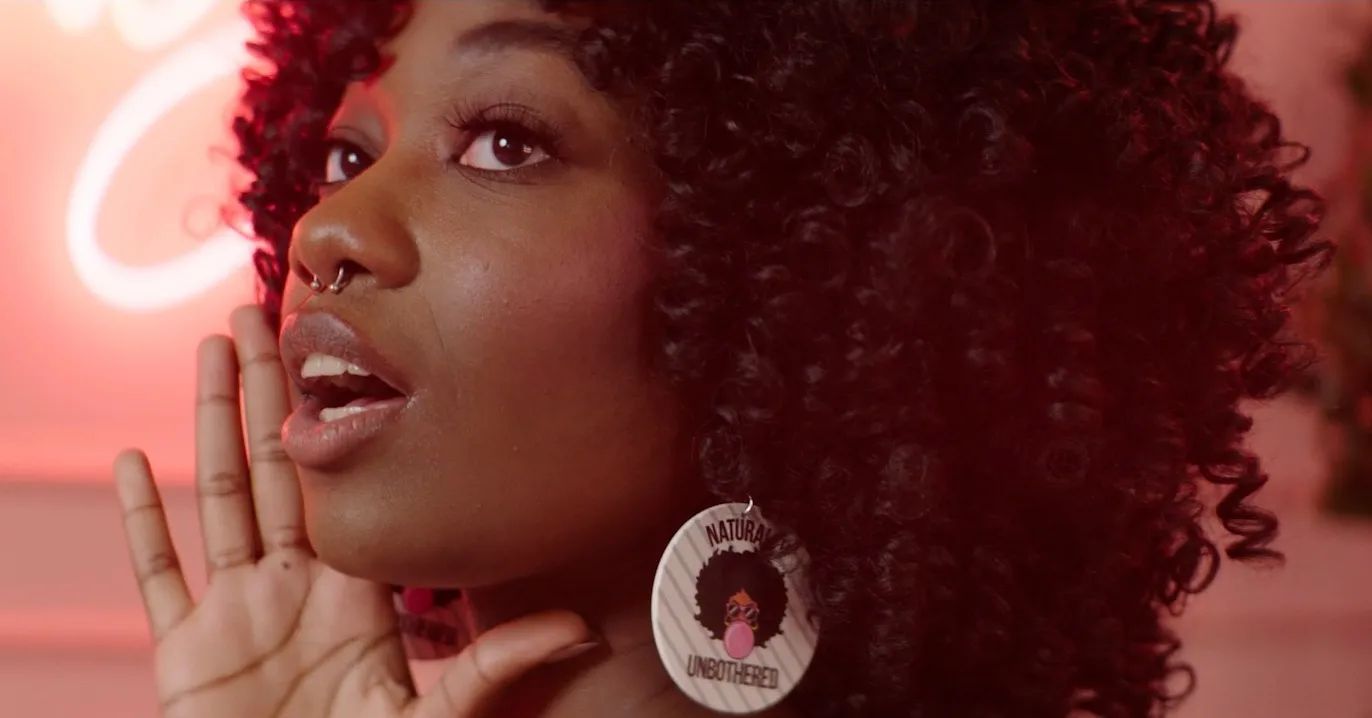 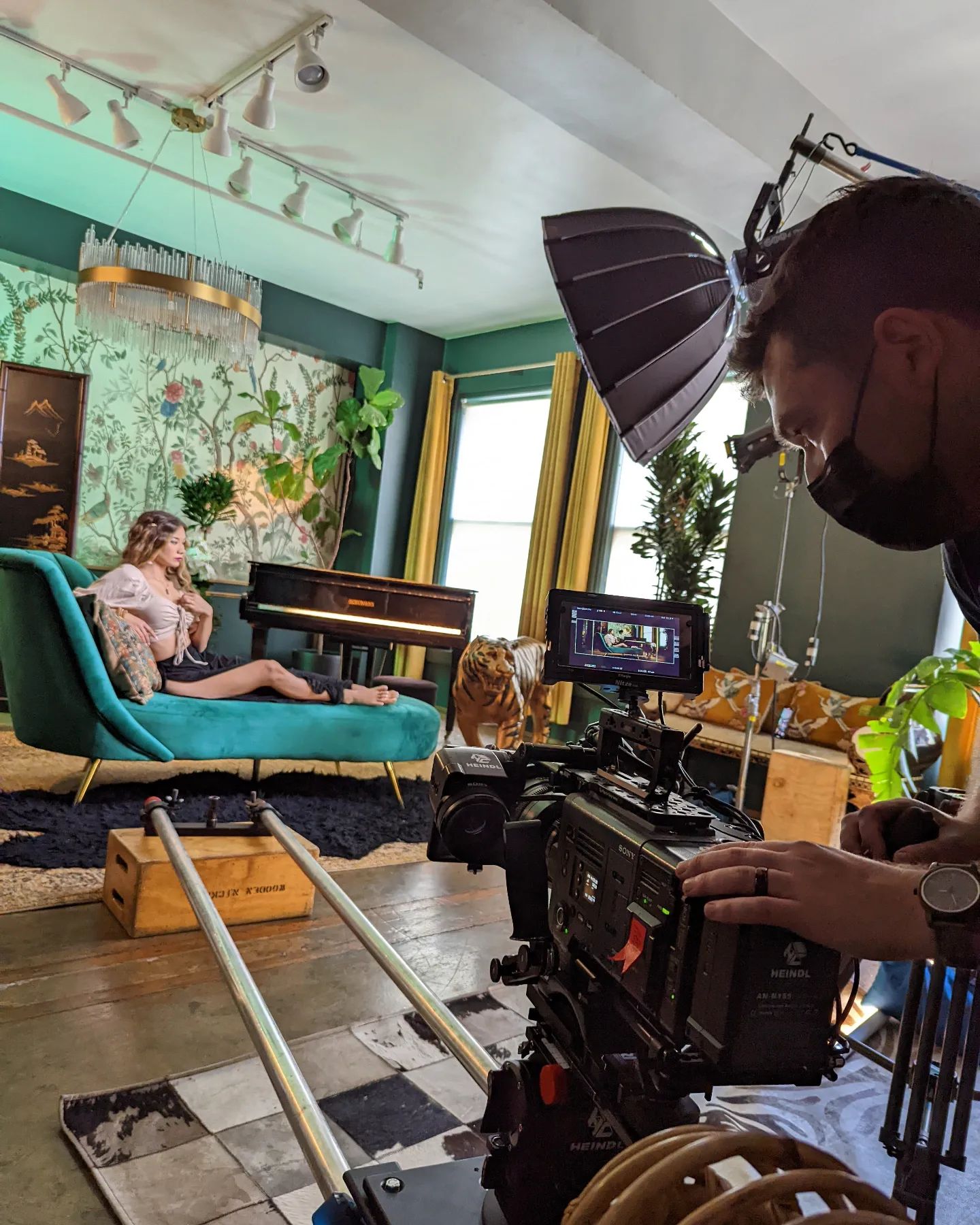 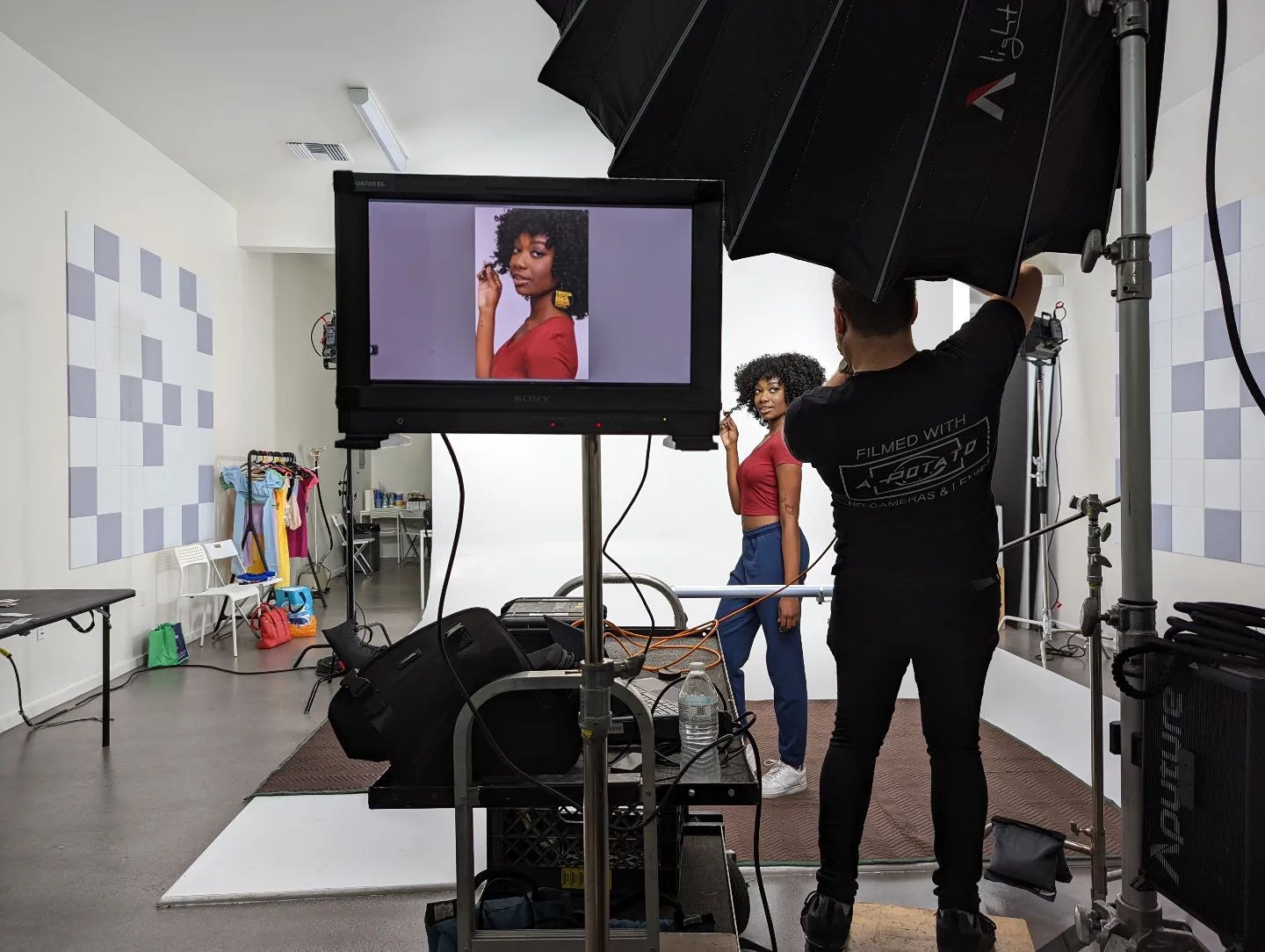 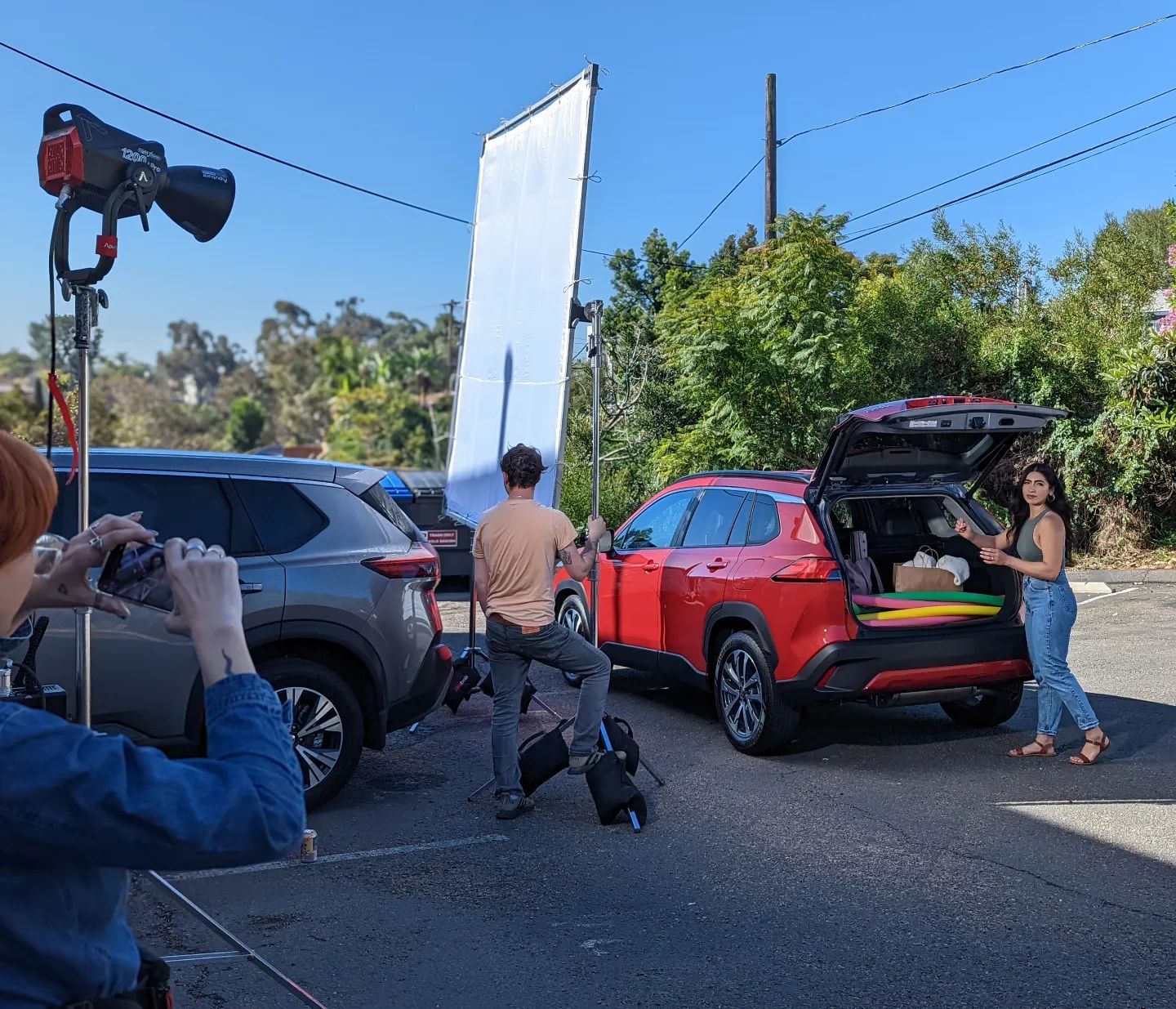